Etusivu » Information about the campaign 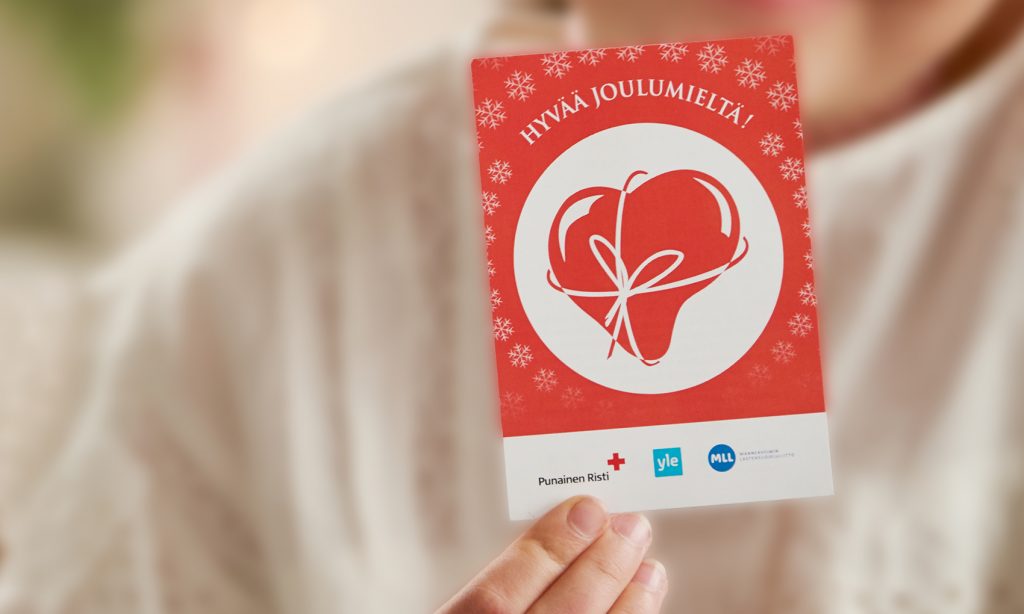 The Good Holiday Spirit campaign is a joint fundraising initiative of the Mannerheim League for Child Welfare and the Finnish Red Cross, in partnership with YLE, with the purpose of supporting families in need in Finland. With the proceeds of the campaign, selected families will receive grocery gift cards to spend on food for the holiday season.

The Good Holiday Spirit campaign is in its 25th year in 2021. The campaign will be launched on 19 November 2021 and continues until Christmas Eve. Donations can be made throughout the year. This year’s fundraising target is over 2,5 million euros, which will be distributed as €70 gift cards to 36,000 families.

Over the years, hundreds of thousands of families have been supported through the campaign. The fundraising campaign has helped focus Finnish public conversation and policy-makers’ awareness on child poverty.

The campaign is organised by the Mannerheim League for Child Welfare and the Finnish Red Cross in partnership with YLE.

A gift card brings relief to families in need at Christmas

The Good Holiday Spirit gift cards are given to families resident in Finland who are facing financial difficulties due to unemployment, ill health, debt, low income or some other crisis.

The Good Holiday Spirit gift cards cannot be applied for. The local offices and associations under the Mannerheim League for Child Welfare and the Finnish Red Cross work together with local child health clinics, social services and churches to identify suitable recipients for the gift cards.

The gift card is intended to cover grocery costs, including a small number of everyday supplies such as washing powder and nappies. The card cannot be used for tobacco products or alcohol.

History of the campaign

The campaign was initiated in 1997 by Arto Nyberg, then journalist at the Yle morning show aamu-tv. Since the idea was to help Finnish families with children that were in need, the Mannerheim League for Child Welfare and the Finnish Red Cross were chosen as partners.