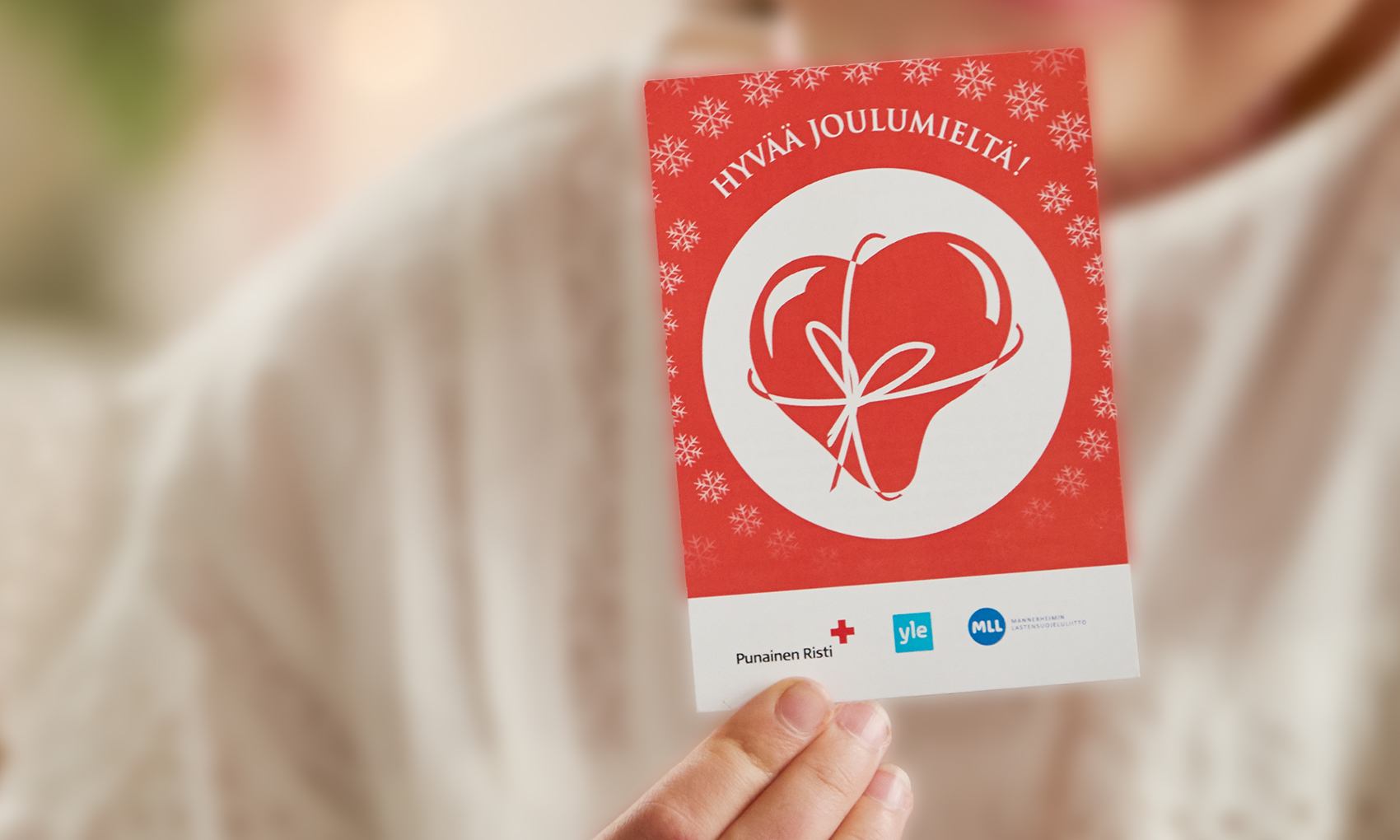 The financial situation of the family has a strong impact on which choices a young person may make regarding their own education and future. Services and the school alone cannot remove the disparity caused by differences in background. Instead, transfers of income are needed to support young people and combat poverty of families with children. The Good Holiday Spirit collection for impoverished families with children in Finland by the Red Cross and the Mannerheim League for Child Welfare will be launched on Thursday 21 November.

As children grow up and become young people, the expenditure of the family increases due to studies, sports and hobbies. However, the transfers of income will not increase. Instead, low-income mothers and fathers must provide for their children with less resources compared to parents in wealthier families.

The 17th birthday of a young person is an important turning point. That is when children stop receiving the child benefit, even though they have just moved from free comprehensive education to upper secondary education, where a majority of the school materials must be bought for the child.

Poverty will have a significant impact on a young person’s self-image, professional aspirations and social relationships. Parents may not be able to support their children due to problems caused by low income.

“According to studies, nearly one fifth of young people have had to narrow their selection of available study paths due to lack of money. Public debate seems to overlook the fact that dropping out of upper secondary education may be the result of insufficient funds,” says Leena Suurpää, the Manager of Finnish Red Cross Youth Shelters.

Research shows that the poverty of parents will slow down the process of young people moving out of the family home and to a new town for studies. On the other hand, living together in close quarters may generate tensions between family members, resulting in young people having to move out of their family home before they are ready.

Leading expert of the Mannerheim League for Child Welfare Liisa Partio notes that without upper secondary education, a person’s earning power is permanently reduced. This results in poverty being hereditary.

“We must support the educational aspirations of children from low-income families much more efficiently than we have this far. This requires investments in student welfare, student counselling and teaching.”

Partio and Suurpää stress that society must be able to offer families timely support in the different stages of children’s development.

“Merely increasing services will not be enough, though, unless we tackle issues with income. We have to support people by improving the level of basic security and family allowances, such as the child benefit. Basic security must cover reasonable expenses. This is not the case currently.”

The Good Holiday Spirit collection by the Finnish Red Cross and the Mannerheim League for Child Welfare will be launched on Thursday 21 November. The collection is organised for the 23rd time now, and it partners with Ylen aamu morning TV, Yle Radio Suomi and Yle Radio Vega.

The proceeds from the collection go towards buying a total of 28,000 food vouchers for impoverished families with children living in Finland to ensure that low-income families may also enjoy the holiday spirit.

The decision on which families receive the vouchers is made by local municipal social services, child health clinics, school healthcare or diaconal work of the parishes, who are in cooperation with the local Red Cross branch or association of the Mannerheim League for Child Welfare. The vouchers have a value of €70 and they can be used in the campaign’s partner stores operated by Kesko, Lidl and the S Group.

The collection will continue until 24 December 2019. The Ylen aamu morning show will broadcast an opening programme from Helsinki Railway Station, featuring singer Saara Aalto on the opening day, 21 November. YLE will talk about the Good Holiday Spirit collection in its broadcasts until Christmas Eve.