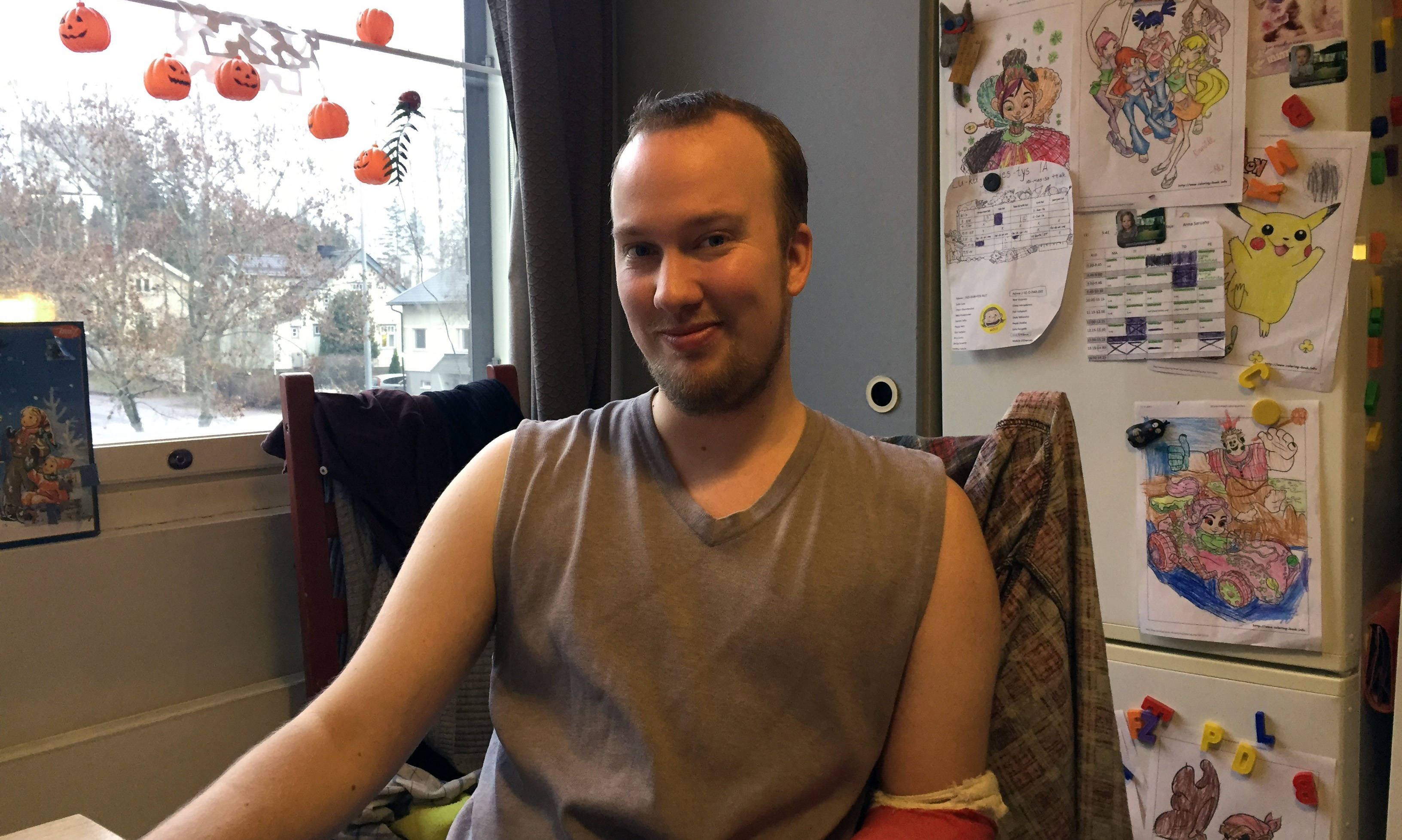 Ville Mustonen from Järvenpää, a small town close to the Finnish capital, Helsinki, received a Hyvä Joulumieli (Christmas Spirit) gift card in 2016. His children had moved in to live with him just a few months before Christmas, which meant that he had needed to make some changes, including giving up his job. Ville, who used to see his children at weekends, was still getting used to his new life, when a volunteer from the Mannerheim League for Child Welfare (MLL) rang his doorbell and presented him with the gift card. His first reaction was one of utter bamboozlement.

“I was just, wow, completely over the moon. I had no idea. I mean I’d had plenty of help and support from friends and family at that time in my life and that was wonderful, but this felt different somehow, coming from a volunteer organisation. It’s such a great reminder of all the valuable work the Mannerheim League for Child Welfare and others like it do in the community,” Ville says about the events last year.

At the time of receiving the gift card, the family’s precarious financial situation meant that just twenty euros could make the difference between staying in the black or going into the red. The gift card meant that they did not have to carefully weigh up every single purchase at the supermarket.

“It took the pressure off for a bit and that was just wonderful. It made a real difference to me as a father. As a parent, the last thing you want is to always have to say no to your kids, because you don’t have the money or whatever. It’s even more of an issue at Christmas time. So it was so great to just be able to say yes to them,” Ville explains.

Ville, who lives with his children, now aged 7 and 9, was not previously familiar with the MLL’s and SPR’s Hyvä Joulumieli campaign but says he will now always remember it. He chose to discuss the gift card openly with his family. “I try to talk openly to my kids about all sorts of things, and I told them about the gift card as well. They were already aware that daddy doesn’t have a lot of money floating around, and you could tell that they really sensed how important it was,” Ville says.

As in many other families, the countdown to Christmas for Ville and his children begins when the first advent calendar door is opened. This year was no exception. The family will be preparing for the holidays by clearing space for their Christmas tree and putting up decorations.

“My sister is training to be a master baker, and I’ve drafted her in to come and build a gingerbread house with the kids just before Christmas. She’s a real pro and I’m sure the results will be amazing,” Ville says with a laugh.

According to Ville, what makes the Hyvä Joulumieli fund so special is that the gift cards offer a moment’s relief amidst all the stresses of everyday life. Christmas can be a strain, even when you are not dealing with additional challenges like illness, unemployment or single parenthood, which often make the festive season seem even harder.

“Money won’t buy you happiness, but it can bring you a bit of joy, especially when it means that you don’t have to count every penny and you can just say yes to your kids when they come up with a fun idea,” Ville concludes.